Legends of the Old Plantation
XXI
.

MR. RABBIT MEETS HIS MATCH AGAIN
.
“There was another man that sort of play it sharp on Brer Rabbit,” said Uncle Remus, as by some mysterious process, he twisted a hog’s bristle into the end of a piece of thread – an operation which the little boy watched with great interest. FN 1  “In them days,” continued the old man, “the creatures carried on much as the same as folks. They went into farming, and I expect if the truth was to come out, they kept store, and had their camp-meeting times, and their barbecues when the weather was agreeable.”
.
Uncle Remus evidently thought that the little boy wouldn’t like to hear of any further discomfiture of Brer Rabbit, who had come to be a sort of hero, and he was not mistaken.
.
“I thought the Terrapin was the only one that fooled the Rabbit,” said the little boy, dismally.
.
“It’s just like I tell you, honey. There ain’t no smart man, except what there’s a smarter. If old Brer Rabbit hadn’t have got caught up with, the neighbors would have took him for a haunt, and in them times they burnt witches before you could squinch your eyeballs. They did that.”
.
“Who fooled the Rabbit this time?” the little boy asked.
.
When Uncle Remus had the bristle set in the thread, he proceeded with the story:
.
“One time Brer Rabbit and old Brer Buzzard concluded they would sort of go snacks, and crap together. FN 2.  It was a mighty good year, and the truck turned out monstrous well, but by and by, when the time came for division, it come to light that old Brer Buzzard ain’t got nothing. The crap was all gone, and they want nothing there for to show for it. Brer Rabbit, he make like he in a worse fix than Brer Buzzard, and he mope around, he did, like he feared they going to sell him out.
.
“Brer Buzzard, he ain’t sayin’ nuthin’, but he keep up a monstrous thinkin’, and one day he come along and holler and tell Brer Rabbit that he done find a rich gold mine that cross the river.
.
“ 'You come and go along with me, Brer Rabbit,’ says Brer Turkey Buzzard, says he. ‘I’ll scratch and you can grabble, and between the two of us we’ll make short work of that gold mine,’ says he.
.
“Brer Rabbit, he was high up for the job, but he study, he did, how he was going to get across the water, ‘cause every time he get his foot wet all the family caught cold. Then he up and asked Brer Buzzard how he going to do, and Brer Buzzard he up and say that he carry Brer Rabbit across, and with that old Brer Buzzard, he squat down, he did, and spread his wings, and Brer Rabbit, he mounted, and up they rose.” There was a pause.
.
“What did the Buzzard do then?” asked the little boy.
.
“They rose,” continued Uncle Remus, “and when they lit, they lit in the top of the highest sort of pine, and the pine what they lit in was growing on an island, and the island was in the middle of the river, with the deep water running all around. 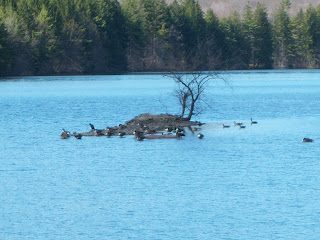 FN 1.  Hog bristle needle for sewing.   History of sewing needles, sewing implements.  Some 25,000 years ago, needle forms were made from antlers, bone, and ivory. Germans used iron in the 3d Century BC.  Egyptians used copper, silver and bronze.  Metal needles were perfected by the Muslims in Spain in the 11th Century, when they controlled Spain and other areas. This included fine needles for suturing. They took the skills back to the Middle East in the 15th Century after the Reconquest; and Arabs brought the knowledge back to Europe in the 17th Century.  Other needle functions, not metal, included the use of boar bristles in bookbinding and shoemaking in the middle ages. See Sewing Mantra at http://www.sewingmantra.com/index.php/needles/history-of-sewing-needles-2/
.
FN 2.  " ... go snacks, and crap together" when the truck was good.  Truck:  truck farming --  grow produce and take it to market without a middleman, directly from the farm.  So if the truck was good, it would have been a good year.  Is this correct here?
.
Snacks and crap:  Going snacks and crap together could mean a joint venture  in farming small crops in the context here, where two characters join in the effort.  Snacks - easy growing, eat on the spot produce?  See story XXI, where Brer Rabbbit invites Brer Fox to stay for snacks.
.
But in the end in this story, in the growing of the snacks, there is nothing left for one of them, the Buzzard -- who then forces a confession.
.
Crap, then, as a modification of crop?   Snacks and crap (crop).  Crap -- there is also craps, the game, but there is no reference to the dice, or rules or equipment hat fits this context, see http://wizardofodds.com/games/craps/, but
Posted by Carol Widing at 6:42 PM 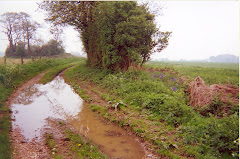 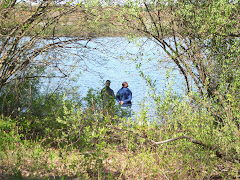